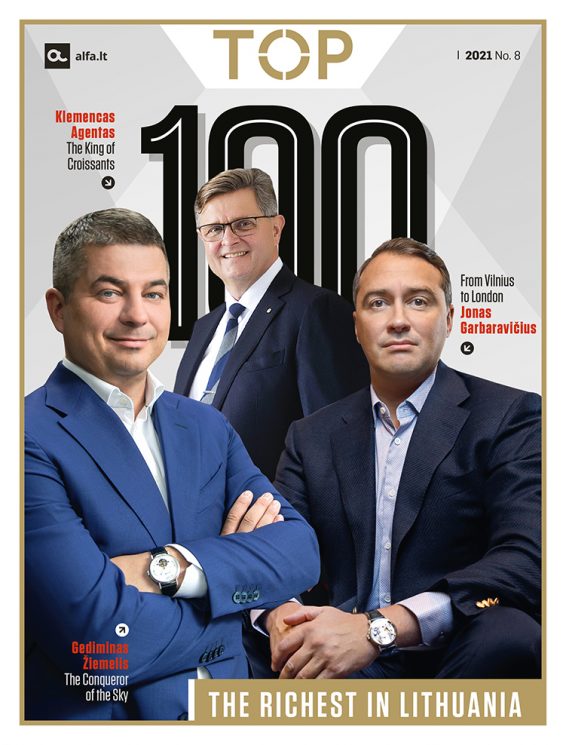 A solid and diverse business community has emerged in Lithuania over the thirty years after the country gained independence from the Soviet Union. The post-Soviet country became a crossroads for all kinds of businesspeople looking to build more wealth. Local beginners, bold adventurists from the West, emigrants and their descendants from Lithuanian communities in the USA and other countries, and even criminals were trying to catch success in the fast-growing but still challenging and wild environment.

The Baltic countries became the home market for Scandinavian companies and banks, bringing along money and a new business culture. Lithuania’s accession to the European Union and NATO in 2004 made the country even more attractive than before. As a result, international companies moved to Eastern Europe, providing new services and delivering goods for local people, and creating a more competitive atmosphere for local businesses.

But it wasn’t one-way traffic. Globalization and a single European market offer opportunities for Lithuanian businesses, too, and have been the source of many success stories. You will find some of them featured in this magazine, representing 100 of the richest and the most successful entrepreneurs in Lithuania.

How have they created their fortune? Some privatised old Soviet factories and have converted them to modern and competitive companies. Others have copied services and business models from the West and adapted them in Lithuania. Finally, many have built their business empires from scratch. Our features will focus on three   of such success stories. But this magazine also presents a brief portrait of each of the Top 100 entrepreneurs.

Historically, Russia and other post-Soviet countries have been critical markets for Lithuanian agriculture products. But now the choice of markets has expanded to include China and many other countries in Asia and Africa. IKEA outlets around the world sell furniture made in Lithuania. And you can spot lorries with Lithuanian number plates on highways from Lisbon to Vladivostok. Lithuania-based retail chains and hotels serve customers in Estonia, Latvia, Poland, Belarus, Romania, Spain, and other countries. Lithuanian entrepreneurs have created thousands of jobs in their home and neighbouring markets. Lithuanian businesspeople are no strangers to information technology and biotechnology.

Lithuania is often seen as a model of progress and development for other post-Soviet countries. Together with Latvians and Estonians, we have shown that democracy and the free market can bring prosperity to the everyday life of every single person or family. From the perspective of the three decades it is, no doubt, a miracle created by three small nations settled on the east shore of the Baltic Sea. And the input of the local business community—not the entrepreneurs featured in this magazine alone—is massive.